There are some new observations about how Tribal Wars 2 works. What I focus on here is the goal of avoiding to attack other players villages when automating farming.

hi, the bot is working fine with me. One of the problems in using these bots, after the early game, is that after a player has conquered a barbarian village the bot continues to send attacks to that village, this is a problem because we have to find the report in the middle of so many others . Is there any possibility of having the bot make sure the village is still barbaric and does not attack otherwise?

As confirmed later, a way to avoid this is to look at the information about the defending party shown in a battle report:

I had a look at the report display and found this: [image] I made this part of the report visible by expanding the battle report details. Can you see this on your setup? How about only attacking when the right icon with the player symbol is grey? Would this solve the issue you are seeing?

Since older battle reports for the same village still show barbarians as the owner, the bot should remember that it has seen a report for this village which implies that it should not attack there. It could then emit a log message like this when skipping the report:

The details of another report (‘Caption of the report here’) for the same village indicate that I should not attack at (123|567). I skip this report.

This log message allows the user to look up the report which led to the decision to skip.

One thing to note about this approach is that it depends on appropriate filter settings in the report list. The user should not filter out reports with casualties, as this may hide the report indicating the new ownership.

But there are other ways to check if it is still a barbarian village. As I can see so far, it looks like the game gives us a reliable way to check for barbarians with the menu item to Boost Production: 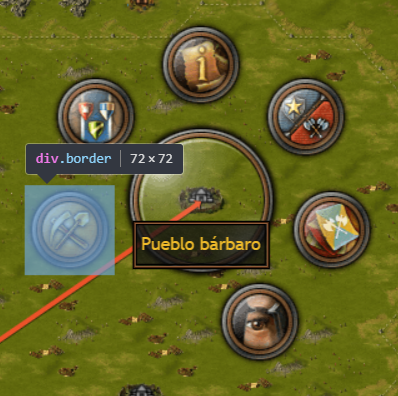 i dont know how use this bot can help me with images better?ty

i dont know how use this bot can help me with images better?

To use this bot, you can follow the guide at

The post linked above is the post which gets updated in the future when new versions are released.

In 2020, I developed a new version from scratch. The 2020 version does not depend on battle reports but instead searches the map for barbarian villages. The new bot rereads the village information every time before attacking the village. That means it notices if the village has been conquered by a player and so avoid attacking that player.

The complete guide for the 2020 edition of the farmbot is in this topic:

This bot farms barbarian villages in Tribal Wars 2. It automatically detects barbarian villages, available troops and configured army presets to attack. Features Easy to Configure Automatically reads the required information from the game: Locations of farms, available units, army presets, current attacks per village, etc. Use the in-game army presets to configure which villages should attack and which units to use. Requires no input focus: You can continue using your PC as usual while the …

Is it possible, that so many players are using farming bots? I’m playing on EN56 Daulatabad and I get from 0 to 50 resources (each) whenever i attack barbarian villages.