Hy guys. First of all. Thank you for this amazing bot. It really helps me out.
Second Is there any way to edit some of the features? For example after it finish all my raports it take a break for 12 hours. Can i change that to 3 for example? Also do you wanna update the bot and add new features?

Yes, you can edit features by editing the source code from the following repository: 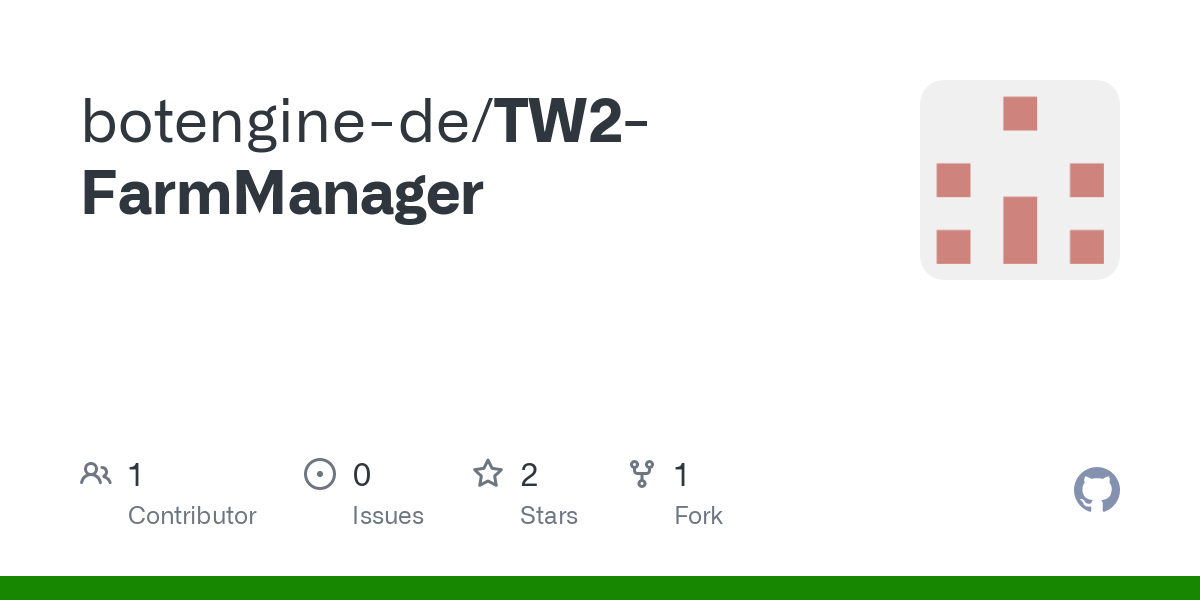 Contribute to botengine-de/TW2-FarmManager development by creating an account on GitHub.

You can build the app from source using Visual Studio 2017.

I have no ideea how to use visual studio :)) but thanks anyway

I have no ideea how to use visual studio

The barrier of depending on Visual Studio has been removed with the reimplementation of the Tribal Wars 2 Farmbot started in August 2018. The new version can be edited in the editor which comes integrated with the bot app (Button Enter Development Environment To Adapt This Bot).

The break times and the number of farming cycles can now easily be adjusted using the integrated editor.