Hi All,
Thought I’d post a little bit of code I’ve been using for a while.
I like to semi-afk rat/mine not full-on bot it.

The code below warns you if your drones go idle, if the drones are attacked, you are attacked and perhaps most importantly if someone new turns up in local. Also warns if the ore hold is open and full. 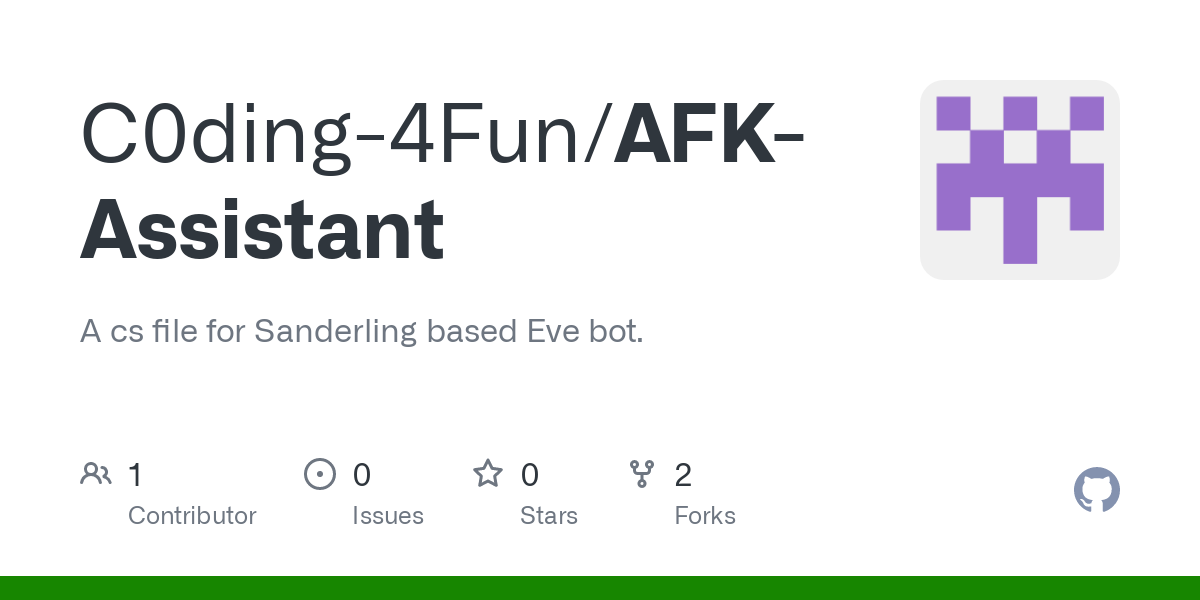 A cs file for Sanderling based Eve bot. Contribute to C0ding-4Fun/AFK-Assistant development by creating an account on GitHub.

thank you for semiafk bot ;
if you put 4 ` before the code and at the end it shows like that:

also I have a question; can I use some parts from your script? ( with drones hitpoints, actually right 2 days ago I tried to do something similar)

Sure, It would make me happy if you can use any of it. I cannot remember if I have tested the drone damage code. My drones don’t get attacked!

mine are attacked once at 50 sites :)) but the thing is I like to use their hitpoints for waiting to refill the hp of ship ( if you look on my scripts I have a waiting to refill hp once you undock , when you run from dreads or you are damaged when you avoid haven chemical sites)

That is a good idea. Your ratting bot is very good.

I can see one thing wrong with my code. If any drones are damaged even those in the bay it will warn the user. I should probably only test the drones in space.
Maybe I will try later.

for the start, this was the idea, but I cannot see what drones are in space or in bay ( from what I saw there is no distinction between them)

Just having a quick look. We could detect “(” or “)” in the drone name. Only drones in space have those.

with ( or ) are the ones packaged also.
the distinction could be the brackets from state and “(” ( idle etc etc)
so in the end it should be the ones with dronename + ( space<color

you could make a repository git man. or Pastebin if you like

and so your bot could be registered in bot catalog
from my side is a really interesting script, and it seems really fast. Also your manner to code is a news for me, since I’m a newbie

Ok, I think that is fixed. Only 7 minutes until downtime.