How do you parse the insane json from memory

Hey there, I just stumbled on Sanderling project and it seems amazing for certain things - considering it only takes split second to yoink all the memory into json.

I’m developing my application in pure c# and was wondering if you could have some tips on how to parse the json (or UI tree) to get useful info about UI from it. I dont know what to expect and currently thinking about writing some custom parser for each bit of info I am interested in.

I’ve tried to generate schema in c# for the json using quicktype but that doesnt seem to work and writing it by hand is probably beyond me.

It looks like you want to take a look at this tool: https://botlabs.blob.core.windows.net/blob-library/by-name/2021-10-29-eve-online-alternate-ui.html

With that graphical user interface, you can load your JSON file and inspect it quickly to find the parts you are interested in.

The inspection tool also has a tree view like this: 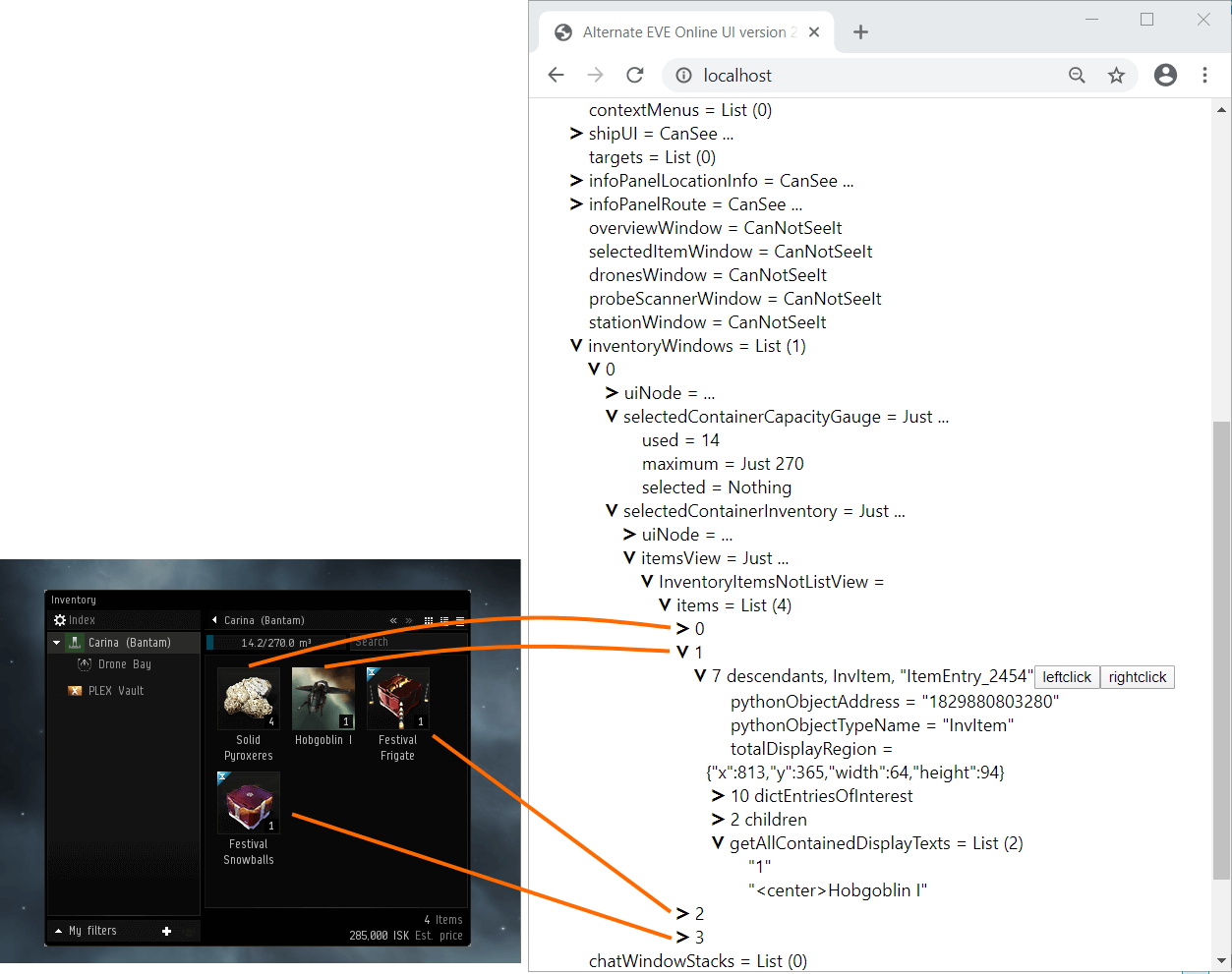 Thanks for suggestion. Its actually not as hard as I thought last night, probably was too tired.

I’m just going to chop up the json with string.Split without decoding/deserializing it.

So far it seems to be very fast especially for overview. Before I made my custom neural network and ran it concurrently, it clogged up my CPU, was unreliable as hell and still could take up to 1 second to parse the entire overview.