Just like the title says after installing botlabs, and letting it close. I go to open again and it instantly closes, no error, no message, nothing. Am I doing something wrong, I followed all the directions on the GitHub install page.

Welcome Morgan!
Today the way the client works is that you decide what it should do before starting it. When you have not assigned any task, then you see it closing immediately.
If you want to run a bot, you can use the graphical interface on the catalog to download a script to start that bot. Then you don’t run the botlab.exe file directly but the script file.

Here is a screenshot of that bot configuration GUI where you can download the script: 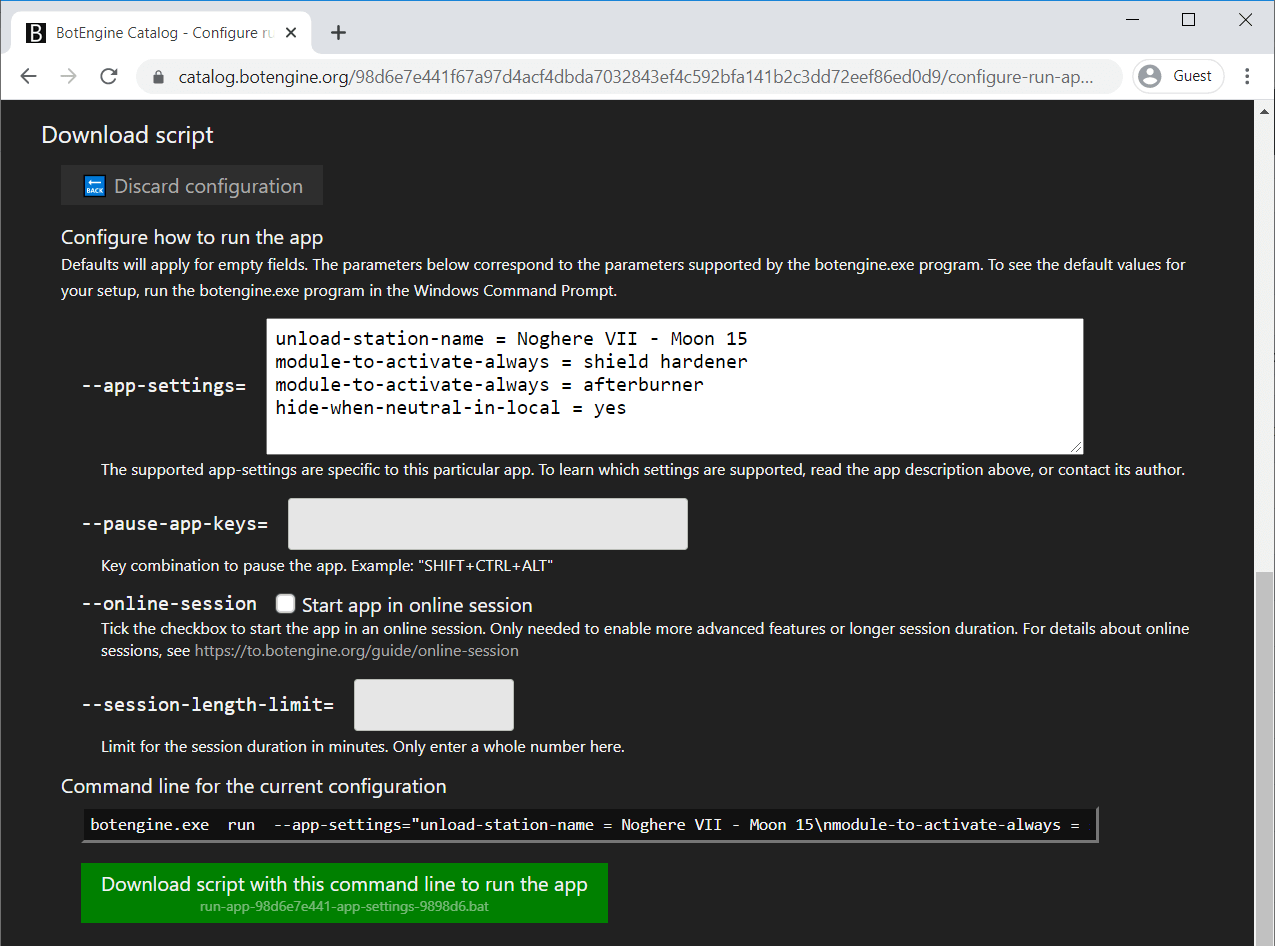 This interface shown above is only for running bots live.
For direct access to all functionality (e.g., the describe command), you would run it from a terminal like PowerShell.

It looks like we will also get a graphical user interface this year that will come up when you only start the executable file directly.

The botlab client combines several functions. Here are guides for some popular functions:

Thanks for the swift response. It looks like I can atleast launch the bot and its reading the game. Now to get it to function! Thanks again.